November 26, 2015.  It feels kind of weird celebrating Thanksgiving in a foreign country.  It’s a peculiarly American tradition that doesn’t really translate well elsewhere.  Try explaining Thanksgiving to Europeans, most of whom are fully aware of the irony involved.  They think it’s odd to commemorate the survival of early settlers through the generosity of Native Americans who were later robbed of their land and relegated to reservations.  Kind of an uncomfortable conversation.

And it’s a conversation I had repeatedly the last week in November.  While shopping for the appropriate ingredients, I can’t tell you how many times Norwegian grocers questioned me about our traditions.  Most found it unbelievable that Thanksgiving is the second largest American holiday next to Christmas.  I explained that its popularity is due to the fact that, since it’s not tied to a religion, it’s pretty all inclusive in terms of those who can celebrate.  Which always brought us back to the Native Americans and whether they were on board with it.  Awkward. 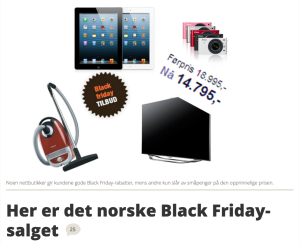 Anyway, there’s no getting around the fact that, no matter how hypocritical or culturally confined, Thanksgiving still seems to drive commerce all around the world.  Strangely, lots of Norwegian stores advertise “Black Friday Specials,” despite the fact that the whole thing hinges on a holiday they don’t acknowledge.  Some ads even encourage buying a Thanksgiving turkey, even though I’m pretty sure there weren’t any Norwegian Pilgrims seated at the original table.

Be that as it may, I still benefitted from the ads by being able to acquire most of the requisite ingredients for a traditional meal.  Granted, the frozen 18-pound turkey cleared the top burner in my tiny oven by mere millimeters and took three days to thaw out on our balcony.  Plus pork roast had to play substitute for honey-baked ham, which has recently been banned in Norway for reasons unclear to my butcher.  And I had to learn how to make creamed corn from scratch for my Southern Corn Pudding recipe.  But in the end, all the basics made it onto the menu.

Matthew and I invited those of our Americans colleagues who don’t have family in town to join us for the meal after work.  (No day off, since it’s not a holiday here.)  Altogether we numbered about 12, which is more than our dining table can hold, so we balanced plates on our knees in the living room and stuffed ourselves silly.  Most everyone brought wine, and Allie made the best Sweet Potato Casserole I’ve ever tasted. 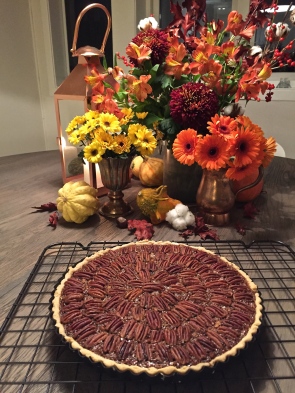 I see everyone got the memo about wearing matching shirts.

I’m not sure we have enough food.