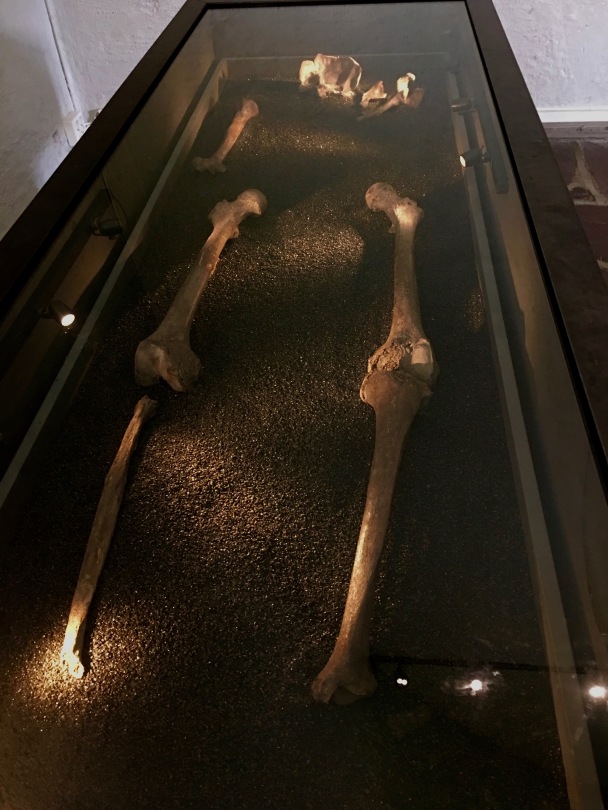 The skeleton of the Gokstad chieftain tells us that he was around six feet tall (183 cm), suffered from a long childhood illness, and died at about age 40. Marks in his skull indicate that he may also have had a pituitary problem, such as a benign tumor, which caused him to have heavy muscle attachments, big feet and hands, and coarse facial features including a bulbous nose and protruding chin. In other words, he was quite a bruiser. But despite his brutishness, he apparently wasn’t strong enough to fend off the attack that ended his life. Marks on his skeleton show that he was set upon by two or more adversaries, who sliced open his left knee, stabbed his right thigh, and severed the bone in his right calf in half. (Aiming for the legs of a shield-toting warrior was standard procedure back then.) The injuries show no signs of healing, meaning the Gokstad chieftan died shortly after being wounded.