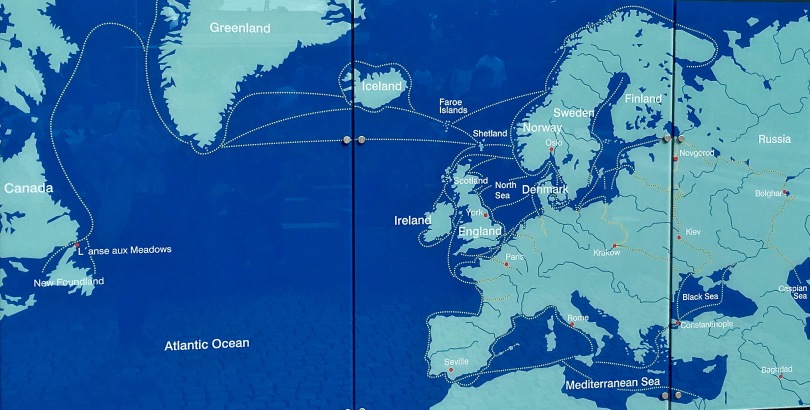 This map shows you where Vikings ventured worldwide. Archaeologists think that the Gokstad ship may have been capable of sailing as far away as Iceland. In general, Norwegian Vikings headed west to Britain, Iceland, Greenland, and the Americas, while the Danish Vikings focused on Central Europe and the Swedish Vikings concentrated on Russia and points east. In fact, the name “Russia” comes from the Medieval Latin word “Rus,” meaning “rowers” or perhaps even “red-haired,” in reference to the Swedish Vikings who established the first Russian principality near Kiev.