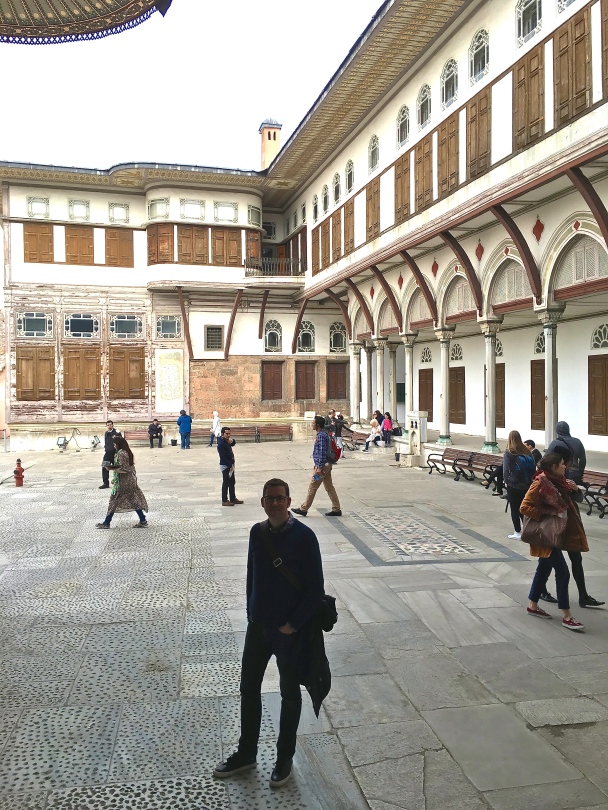 The Queen Mum managed the household and selected her son’s four wives. The mom and wives together then selected the female servants for the household (slave concubines), who often numbered in the hundreds. The mom and wives got to pick who the sultan slept with — four women known as “haseki” (“favorites”). These girls were supposed to use birth control to avoid getting pregnant, therefore keeping the line of succession clear. But if they did bear a son, they became known as “Haseki Sultan” and became fair game for court intrigue, which included things like being poisoned, strangled, or otherwise maimed by the other wives, haseki, or Queen Mum in the battle for power.