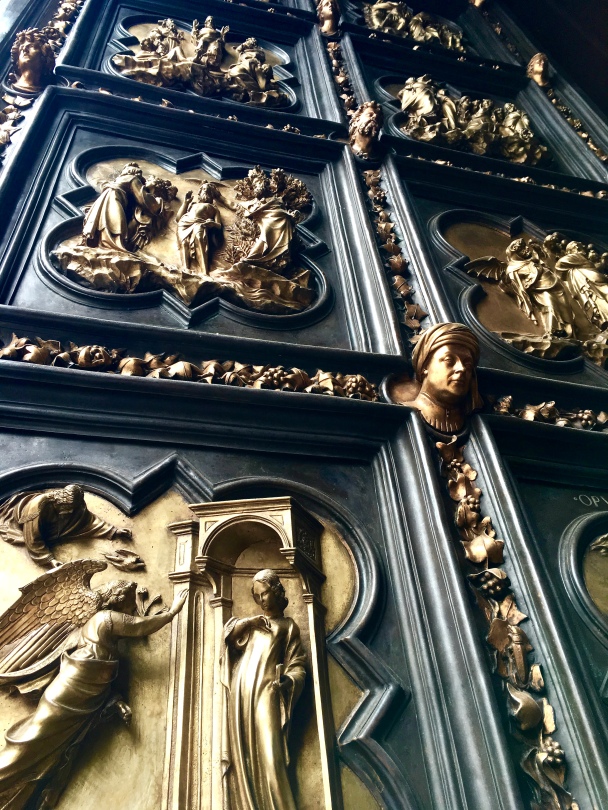 As I mentioned earlier, in 1401, another of Florence’s merchant guilds held a competition for the Baptistery’s north doors. The guild couldn’t decide between Lorenzo Ghiberti and his rival Filippo Brunelleschi, so both were originally awarded the commission. In a fit of pique, however, Brunelleschi stomped off to continue his studies in Rome, leaving Ghiberti to spend the next 21 years completing the project. All of Ghiberti’s doors now reside in the Bargello Museum; those on the Baptistery are copies.