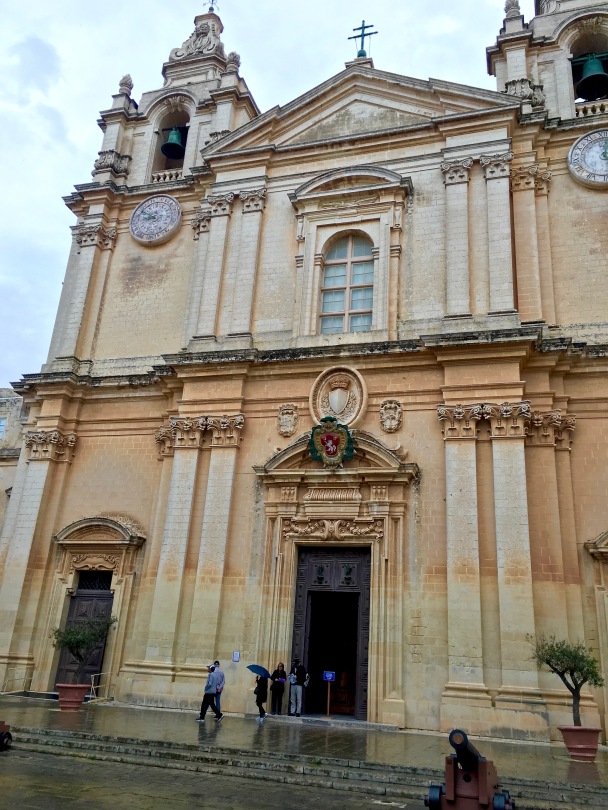 Also within the walled city is St. Paul’s Cathedral, which shares the title of “co-cathedral” with St. John’s in Valletta. Built in the 12th century, it’s supposedly sitting on the spot where Publius, Malta’s Roman governor, met Paul after his shipwreck. Paul took the opportunity to heal Publius’s father of a bad case of dysentery, which greatly impressed the townspeople. Many either converted entirely (or more likely, simply incorporated the Christian god into their pantheon.)